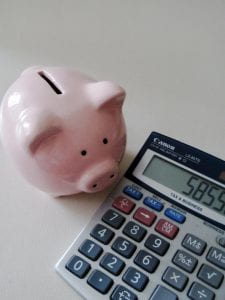 When we started this Stock Market project I really was interested in what it would be like to try out the stock market. Before I didn’t really have a solid understanding of it, but now over the past three months I have learned a lot about how the stock market prices go up and down and how you can lose or make money from it. The companies I chose didn’t actually make me a lot of money but still it was fun to take a shot at investing some money. As I said before I didn’t make a lot of money and it was actually like sort of a gamble to see which company would do well each week and compare how much each of us had made. In the end, I actually only made around nine dollars which really isn’t a lot compared to some of my other friends who made like 3,ooo dollars. It was also fun to chose which companies we wanted to invest in some people chose 5 I only choose 3. I myself just invested in some companies I knew. We also made our own fake stock investing companies I myself made a parody of the stones meme with my cat.

Have you ever heard a TED Talk before? Well then you know it’s a very amazing talk about something the speaker is very inspired about. In our class were tasked to make a presentation and to give a talk about something we are passionate about. I myself chose to talk about making a character. So I started to draw up my character examples. Honestly I really enjoyed doing this part since one of my favorite activities is drawing. After I had finished this part I started to write a script.

I would usually listen to audiobooks during this part and I really just got in the mood of writing. I used note cards to write down what I was going to say so I could read them during my presentation. Finally, I had to put all my images onto my slides and I matched it up with my script.

The last thing I had to do was present I was quite nervous at first but once I took a deep breath I was able to start. My fears melted away and I had a really fun time doing it! 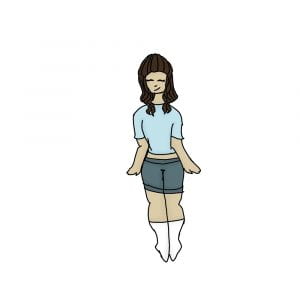 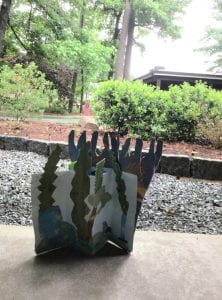 For about 2 months my class has been working on a project we called our Tree Books. These books were more of a art project but it still included many writing components. At the beginning of the month we started working with a famous artist known as Peg Gignoux.https://gignouxart.com/She helped us with screen printing on our books first where we used short sentences about trees and we used paint to put it onto our books. At this point in time we only had pieces of paper so to fix this we actually folded it into a book shape.

Going outside many leaves and flowers on trees so we were told to collect leaves and flowers and we used those to make akua ink prints. This was done by putting the foliage onto a jelly pad we used apiece a paper to make a imprint on it. These Akua prints were used for collaging on our tree books. When we were collaging we added on pockets to our books so we could put our Life List and Salute to My Roots.

Our Life List was basically just a bunch of stuff that we wanted to do in the future but our Salute to My Roots was much more. This writing piece saluted someone who had helped us and inspired us through out our lives. I have to say this may have been one of my favorite parts of the project since I really loved writing about my person(who I won’t say for privacy reasons). When we had finished making our books we were very lucky to be able to have them shown at Frank Art Gallery.https://www.frankisart.com/

In retrospect this was a awesome project and it was so much! I am very  grateful for being able to do this. 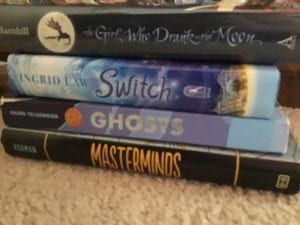 The girl who drank the moon 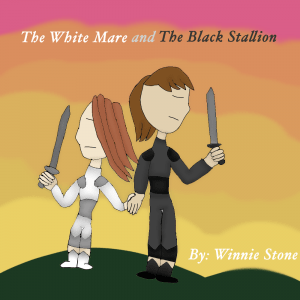 Alright this is probably going to be my longest blog post yet so buckle up >:D

In my L.A. class, we were lucky enough to work with a professional writer Frances Dowell. Frances Dowell is A incredible writer and I a aspire to be as great as her one day

Well, for this project we were working on writing stories, and my first idea was a super hero school. This book was going to be about a girl named Marcille Lesser, she was a edgy sort of kid and in the middle of writing my book I began to dislike it. So I started a new one, a book about two sisters relationship. The girls were named Taylor and Aubree, but you went through this story in the Eyes of Aubree. You learn this tale of troubles and tribulations of these two sisters and eventually in the end they come to realize that they will always love each other no matter what.

Now let’s talk more about the process of writing this book, something came up when I still writing my super hero book. My peers told me that my book was too fast paced and I needed to slow down and be more detailed. And that’s around the time when I started to realize how much I actually didn’t like my story. Marcille was too edgy and at times it felt like she should just be a villain, so I tried to tweak the story so Marcille was actually a bad guy in disguise. But again it didn’t make a good story. So when I actually took a step back it looked at it  as a whole, I realized how much the story literally sucked. So I started a new one and I enjoyed writing it way more than my first story. Aubree was much more kind-hearted but still had flaws about her, like how she always had a biased against her sister since she thought she was much prettier than herself. Taylor at first was shown to be really mean and was a minor antagonist against Aubree but as time went on it revealed how jealous of her sister she was and how much she just wanted to be loved. And at the end they both find out their true feelings for each other and finally they love each other. 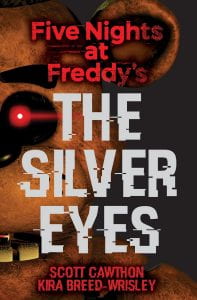 So currently in class we have been discussing about Window or Mirror books. And you’re probably wondering what the heck is a Window or Mirror book? Let’s begin with a window book!  A window book is a book that lets you look into a brand new world, for example like a fantasy book! A fantasy book let’s you look into a different and amazing world. A mirror book is a book that you can relate to.  Like a fiction book it can be based on the real world while still being different and exciting.

Now the book I’m reviewing is Scott Cawthon’s The Silver Eyes. Since I have finished this book I can definitely tell you this book is a window, unless somehow you live in a world with murderous Chuck E. Cheese knock off animatronics which I really doubt you do this book is not a mirror. If you’re fan of FNAF though I really recommend you read this book! It’s really good and it’s just give the vibes off of being a horror story but in my opinion it’s kind of not, it’s more mystery/adventure. Anyway The Silver Eyes is about Charlie who has to come back to her old hometown to honor a a sad death. But when she and her friends find the old Freddy’s Pizzeria they find the dark secrets within. 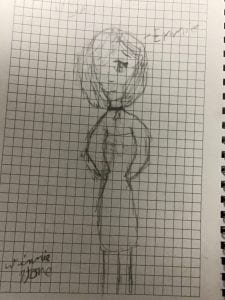 For January I decided to do a totally different habit which was drawing a person or animal. So each day I would always sketch/draw the hard part about this was I made it so it had to be a finished drawing. So each drawing would take around 20-30 minutes to finish. So about each week I would be doing at the least 140 minutes of drawing a week. Though this habit was fun it would kind of stress me out having to always make a finished one. This habit really did help boost my skills in drawing more realisticish hair/bodies. If you ever plan on doing something like this I recommend finding your supplies beforehand so you don’t ever have to go searching for a random pencil in the middle of the month 😅. Speaking of supplies I just wanted really quickly give a list of what you need to do this:

-A Sketchbook or Scrap Paper

After January had ended I decided to change my current habit a bit, since of all the time it would take for me to make one whole drawing I decided to make it so I didn’t have to finish I would just have to work on a drawing. So currently it’s been four days into this habit and I have been loving it!! This habit lets me take time away from a really busy day to just relax and sketch. I also have started trying my best to improve my skills by watching tutorials! Another thing I changed is that I mostly now draw on my Ipad, it’s much easier and more less wasteful since I don’t have to use any paper or pencils!

Well that’s all for now thanks for reading!! 🌸🌿 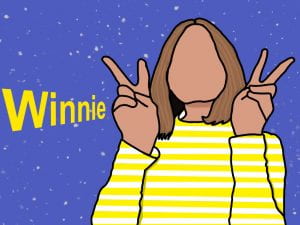 Hey! So today I’m going to be talking about my daily habits I have done this year. So for my first habit our class would do a plank each day adding 10 seconds on every plank. It got to the point of three minutes and thirty seconds. I sometimes would get really frustrated when I had to take a quick break, I am not the most athletic of people so I don’t have a great amount is stamina. But nonetheless I eventually got to a point where I could plank for two minutes. And I am very proud of that!

For my second daily habits I got to choose so I chose drawing a person or animal a day. I quite enjoy doing this since I love drawing, I honestly don’t have a ton to say about this since I just recently started this habit. Though I have improved while doing this habit since I have been watching tutorials to help me.

Hey!!! Alright so I enjoy tons of things, but one of my favorite things to do is dress up/pose dolls. And It can’t be like a regular Barbie doll. I prefer Monster High Dolls, since they have such a great scuplt they also have many possibilities of poses! They are also quite high quality. The sad thing is though that after a while they became lesser in quality. So I only collect the older Monster High Dolls. For example my favorite doll Rochelle Goyle: 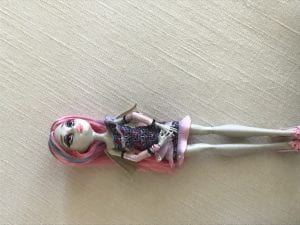 Well that’s all for now until next time!!🌸✨🌿